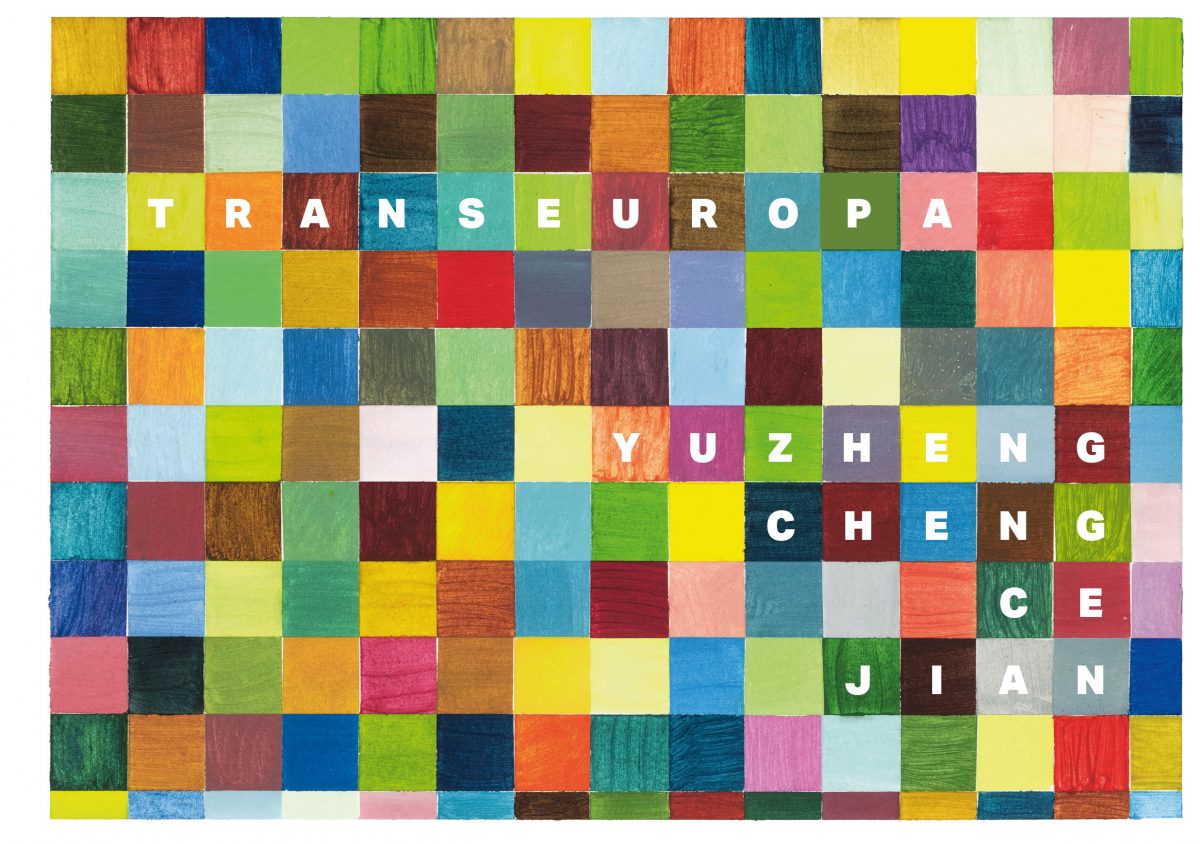 Based on a political map of Europe, the Berlin-based artists Ce Jian and Yuzheng Cheng played a game of Chinese Whispers in order to create 60 maps in 60 days using acrylic paint on paper. 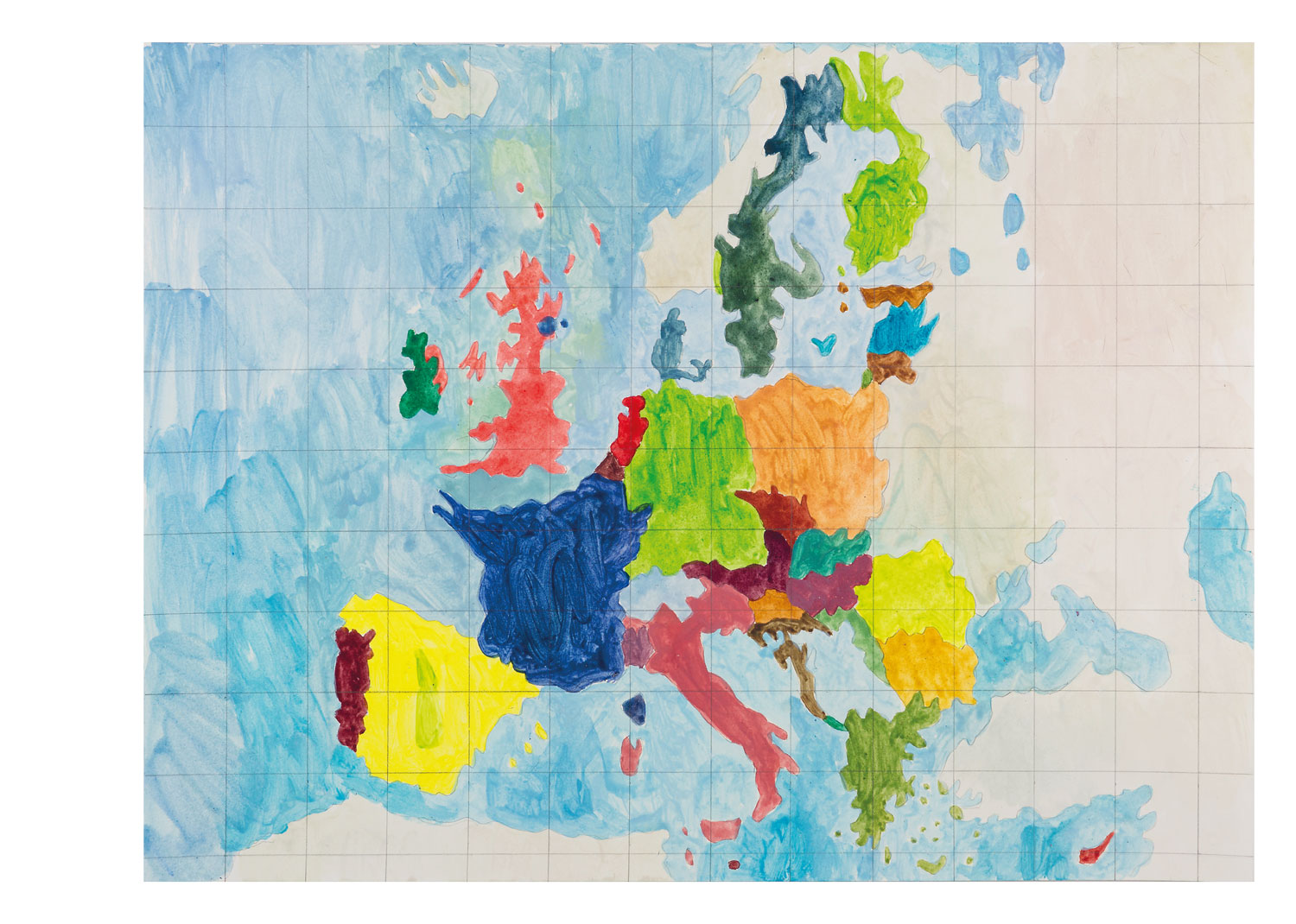 The Transeuropa Series is a collaborative project by Yuzheng Cheng and Ce Jian. Starting point was a map of the EU from 2014. The artists took turns at copying the map, each time looking only at the previous version done by the other. After two months Cheng and Jian had produced a series of 60 paintings, acrylic on paper. 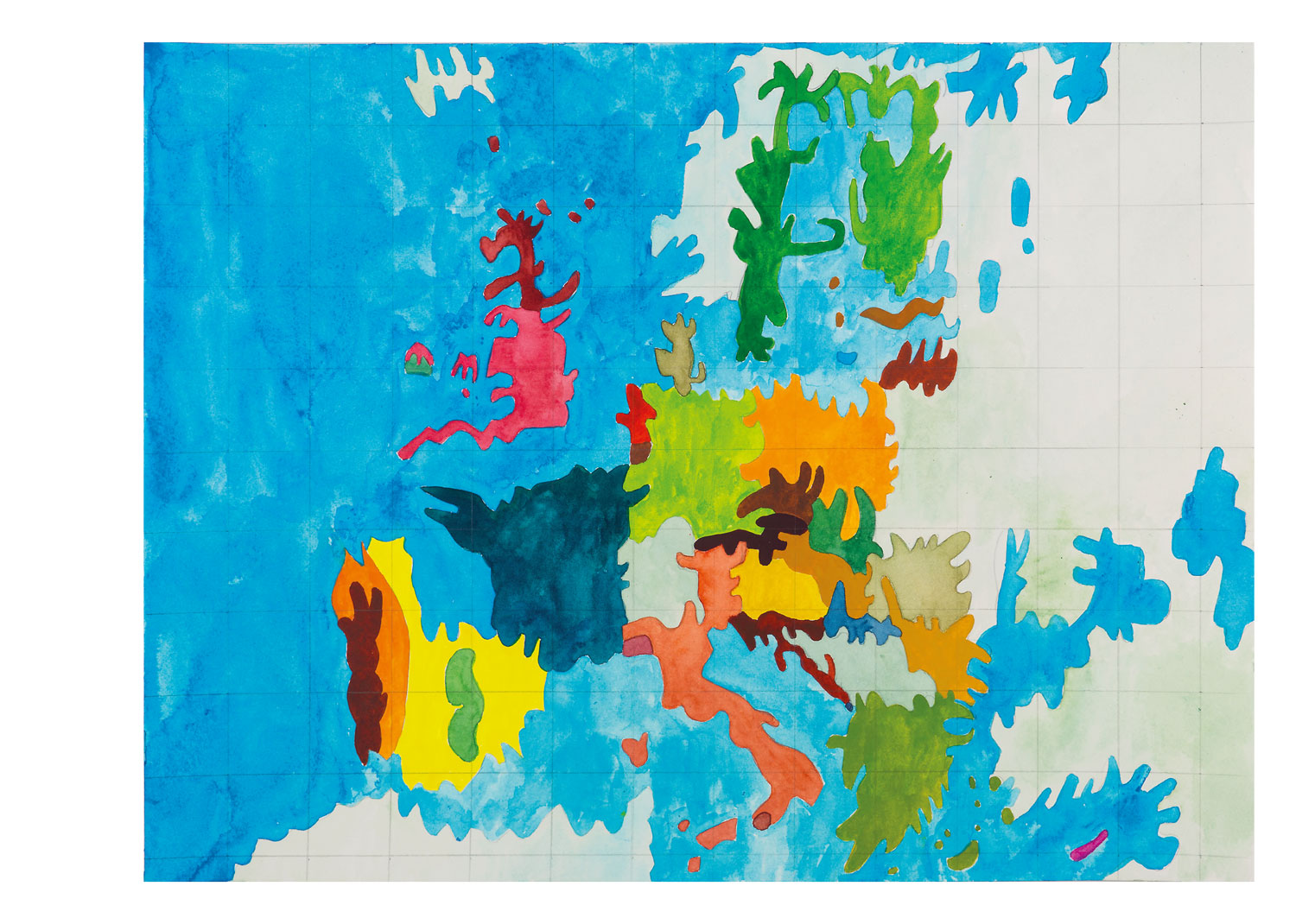 Over the course of their artistic exchange, the EU was gradually (accidentally, subconsciously) transformed, until the political order in the map dissolved. Just like the map is an abstraction of the world,
the paintings became abstractions of the map.

20. – 22. September
together with Drucken Heften Laden